The vodka market in China 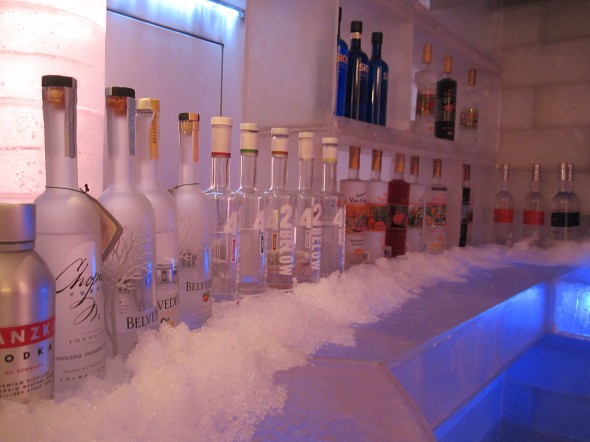 The vodka market in China

Status quo of the Vodka market in China

According to International Wine and Spirit Research, in 2015, Chinese people will buy nearly 7.7 billion liters of spirits which represents an increase of 8% compared to 2009  figures.

Whiskey is the most popular alcoholic beverages imported into China, but vodka has a great potential.

China is not a traditional consumer of vodka. Vodka  sales are far behind those of baijiu. But a new generation of consumers (the 80’s and 90’s generation) is emerging. The Chinese are increasingly fond of the western lifestyle and consumer habits are evolving quite fast. In China the market share figures are not available which may be caused by that the market is still very young and there are few barriers to entry.

Key players in the Vodka market in China

In 2010 Absolut  launched  its first limited edition bottle exclusively for the Chinese market. This new bottle. called Absolut 72, was designed by  Gao Yu, a young Chinese pop art artist. The bottle is inspired by a Chinese legend called “The Monkey King and its 72 transformations.” The word ‘Bian’ means 变 transformation in Chinese. The digital campaign, developped  by TBWA China was activated via Absolut.cn.
The prints for this campaign required the participation of a famous Chinese photographer called Chen Man.His work is known to be bold and its fits perfectly with the image of Absolut global communication made by TBWA.

The star Vodka of the British group Diageo has enjoyed  a stable growth in China. In 2010, the vodka producer has acquired a majority stake in Sichuan Chengdu Quanxing Group which owns 39.7% of the baijiu brand Shui Jing Fang which is the oldest manufacturer of baijiu in China. The Baijiu represents 96% of all spirits sales in China. The goal is to use this brand of baijiu as a springboard to increase the visibility of Smirnoff.

Diageo has also teamed up with Shui Jing Fang to produce a premium vodka in the city of Chengdu in the southwest of China using a combination of Russian and Chinese techniques.

Paying tribute to the golden age of China during the 1930’s the  vodka was named “Shanghai White.” Vodka is made in the Chengdu distillery of Shui Jing Fang. It is distilled four times over a period of six months before being bottled and sold at a retail price of U.S. $ 60.

While the launch of Shanghai White was described as global, so far this vodka is only available in a few places in Hong Kong, Beijing and Shanghai.

Smirnoff is also sell primarily in the best bars in major Chinese cities like Shanghai, Guangzhou and Beijing.

Smirnoff  is mostly sell in the best expatriates bars and clubs in major Chinese cities like Shanghai, Guangzhou and Beijing. I positioning is clearly of a brand for clubbing as you can see with events like the “vodka experience shanghai” launched in 2005. Belvedere vodka reflects more feminine and natural values ​​than most of the vodka brands as you can see looking at its packaging: The rise of upscale brands of vodka  in China

New brands of high-end Vodka seized the specificities of the chineses consumers.You just need one briefing session with Chinese people to have their  insights ans to understand what the vodka means for them. In China, vodka is drinked in mixed groups only, and served with different colorful blends to bring light on the table and give face to people around. Talking about the origin or taste would be completely irrelevant to promote vodka in China. For Chinese consumers  it is better to communicate on the values ​​of purity, luxury and social distinction. Examples of upscale vodka brands  starting to grow in China and consistent with  Chinese consumers expectations:

f Vodka: the vodka made by fashion TV  wants to conquer the Chinese market With its title “The elixir of fashion” F VODKA positioning is very “jet set” and communicates in order to be distributed only in the trendiest clubs. His target: the fashionistas, stylists, influencers and so on. Since 2011 f vodka was distributed in the Dragon-i bar in Hong Kong. But this year fashion TV bars and clubs are to be opened  in other major Chinese cities. Nowadays f vodka sells in expatriates bars and club like Mint or Bar Rouge in Shanghai.

The packaging of the f Vodka is in my opinion perfectly suited to Chinese consumers. The winged silver bottle, which might seem too new rich in France will conversely perfectly match the needs of Chinese consumers who sees the ostentatious designs as a way to give face or to provide a gift with Mianzi. Ice Fox Vodka quickly ranked among the top-end vodkas  in China. The design of the bottle helped Ice Fox Vodka to stand out from the competition. Unlike f Vodka who keeps a strict “jet set” communication, Ice Fox Vodka also communicates on its subtle taste. Vodka is becoming increasingly popular in China, where Western consumption patterns attract the booming upper class. As Chinese consumers gain more knowledge about the vodka taste and aromatic notes, Ice Fox Vodka fills the need for a premium vodka in the Chinese market. Ice Fox Vodka is a vodka produced in the United States and distilled in Northern California used in high-end bars across Hong Kong and China.

Swedish vodka brand, New Zealand vodka and American have definitively a card to play in the chinese market. The vodka market is a young market where sales are still far behind those of whiskey, wine, cognac or champagne. But this is a market with great potential, atomized, where many brands can gain positions if they adopt a relevant communication based on a clear positioning.